Philippe de Loutherbourg, ‘From the Haymarket’ from a series called ‘English Caricatures’ published in 1777

Rowlandson, Who Kills First for a Crown, 1790

About me: I am a British art historian. I have lived extensively in France and the US and I have degrees from British, French and American universities. I would say that these transnational journeys have shaped my intellectual outlook. I work on European art in the Early Modern era. I write about the image as a powerful tool for indoctrination and as a vector of national and cultural myths. My area of specialisation is art in Britain c.1660-1830. Current research relates to a book called ‘Hogarth’s French’. It examines the relationship between visual satire and national identity. The sort of images that I am writing about look like this:

I teach Art History at the New College of Humanities in London and I am continuing to lecture on Early Modern Art at the Courtauld Institute of Art (University of London). In the autumn of 2020 I am joining the Institute of Continuing Education (ICE) at the University of Cambridge as a Tutor in Art History (see https://www.ice.cam.ac.uk/about-us/staff-profiles/tutor/dr-kate-grandjouan). You can find a more detailed account of my professional activities on this website. I am also on linked in and Academia.edu .

19th-20th June: I will be speaking about eighteenth-century British print culture at an international conference called ‘Prints in their Place: New research on printed images in their places of production, sale and use’. The conference has been organised by scholars at the University of Harvard (USA) and at the Courtauld Institute of Art in London. The call for papers can be read here: https://earlymod.fas.harvard.edu/node/1472257

This conference will now be taking place online

Meanwhile in Africa: I travel regularly to Yaoundé in the Cameroon where my husband is completing a mission for the French government. Over there I am in the early stages of a new project called ‘The Cries of Yaoundé’. The idea is to use photography to highlight a fascinating aspect of local street culture – ‘les marchands ambulants’ (street criers). Using a format from print culture called the ‘Cries’ , which for hundreds of years documented the appearances and daily performances of the street criers of early modern Europe, I am working with a photographer to put together a visual history of the liminal populations operating on the margins of mainstream commerce in Yaoundé. These people play a central role in marketing consumer goods to poorer customers. Our plan is to make a Cries of Yaoundé and investigate the hawkers and criers of a vibrant and rapidly urbanizing african city ….

This site uses Akismet to reduce spam. Learn how your comment data is processed. 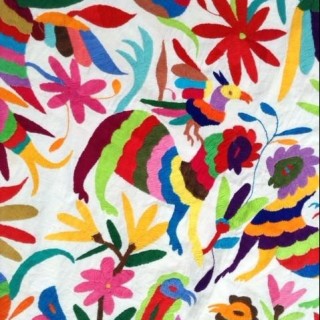 Art historian of eighteenth century British art writing a book about depictions of the French in English graphic satire. Interested in art, satire, ethnicity and identity

...some thoughts on digital history, cartoons, and satire.

Newsletter for the Historians of Eighteenth-Century Art & Architecture (HECAA)

The Transnational Turn in the Humanities

A Conference and Lecture Series of the Humanities Institute, University at Buffalo, State University of New York, 2012-13

A collaborative blog for those interested in the Enlightenment